TonyCrantock said:
We have discovered the gearing is a bit short - currently red lines in fifth at 105mph despite running the longest 3.6 MX5 lsd
Click to expand...


So this happened today 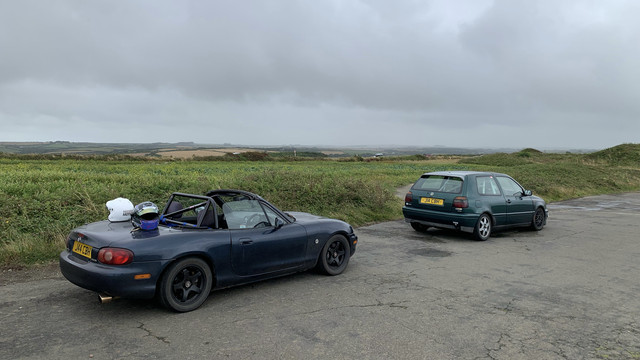 We had a track day at Perranporth aerodrome booked and we using it as the last outing for the Shitbox Racing Golf before it’s sold, but at lunchtime Si (RK Engineering who have finished off the mapping) suggested we go and pick up the MX5 for some gentle shakedown runs…… first time I’ve driven the car since I dropped it off at Plus4E in 2016….

Excitement was off the scale and it didn’t help that it was raining on and off, but long story short it was mega 😎 although there were traction issues 🤪


The first couple of sessions we took easy as above but by the end if the afternoon it had stopped raining and we were driving it fairly hard and it took pretty much everything There was a slight transmission leak and the prop shaft needs rebalancing but otherwise it ran faultlessly, is going to be bloody quick and sounds great 😁

We have discovered the gearing is a bit short - currently red lines in fifth at 105mph despite running the longest 3.6 MX5 lsd, but it’s fine for the moment. We’ll look at different gearboxes or an M3 3.15 diff in the winter but all in all a great start.……and yes we were black flagged!!
Click to expand...

Joined Apr 29, 2015
·
44 Posts
@Zed. Now that the prop shaft imbalance has been resolved, it looks like the gearing is a little longer as you suspected. Redline in 5th is circa 125mph but it still means that 1st is useless other than manoeuvering in car parks and it feels like you’re driving along in 3rd the whole time. The easiest fix is to install a BMW 330d six speed gearbox, which affectively has the same first five gears with an overdriven six. It will permit long distance driving however if the re-engineering isn’t too complicated then a longer final drive LSD will be preferable. The E36 M3 from which my gearbox came runs a 3.15. 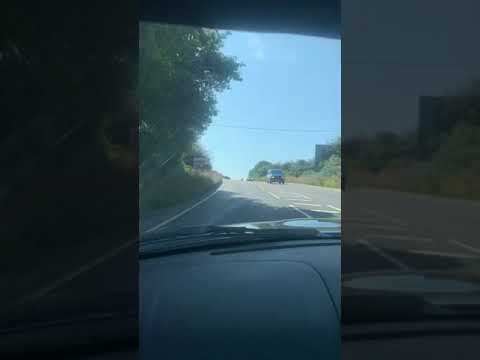 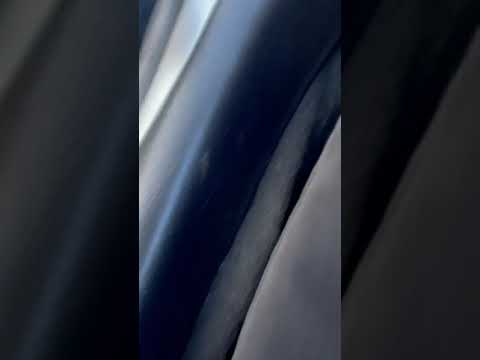 Joined Apr 29, 2015
·
44 Posts
Further shakedown runs. The throttle/mapping needs finessing and I realised watching the video that I am affectively driving one-handed, using my right elbow to wedge myself into the door to stop me sliding around. I need to find seats, however I don’t fit in a standard seat and a fatboy/GT width seat doesn’t fit in an NB so might end up installing a bespoke bench seat instead…… any suggestions?
D

dadbif said:
Gym membership for Xmas? Seriously though, a bench seat will not suit…
Click to expand...

I’m 6’ 2” and have a 50” chest so there’s no amount of dieting that will get me into a standard width seat - my hips simply won’t fit!

I’ve driven got a lot of Caterhams and the best seating I ever had in one of those was a bench seat. However I do appreciate that the gap between the transmission tunnel and the door in a Seven is narrower than the MX5. It would still be sculpted but would allow me to sit on the floor gaining 2/3 inches and allowing a perfect legs-straight driving position.
T

Joined Apr 29, 2015
·
44 Posts
So the car is being fettled.
The front end was very tatty, and whilst I kinda like the ratrod, ’Jeez how fast is that shitbox’ vibe, I felt I owed it to the car to freshen it up. It will never be a show car but the rust in the arches is starting to take hold!


And they have already facelifted the front from this:


The rear arches and one sill are being replaced and a small chin spoiler/ducktail combo being added.
The mk2.5 bits I bought are a slightly different colour but it’s an extra £1k to get the whole thing sprayed too I am conscious that I have a big anniversary holiday to fund next January whilst still paying for university accommodation fees, so I’ll leave it for the moment!


The blowing exhaust was caused by the collector part being a bit too restricted. Space is tight getting around the steering column but hopefully this can be freed up a bit fir a larger 2” section and reduce the back pressure. I’m also having an exhaust cutout valve installed.

All things being equal the Unicorn (as it has been named in another forum!) should get its first outing at the Mission Motorsport Goodwood event next month 🏎
101 - 108 of 108 Posts
Join the discussion
Continue with Facebook
Continue with Google
or sign up with email
About this Discussion
107 Replies
35 Participants
Last post:
TonyCrantock 14 d ago
Mazda MX-5 Miata
A forum community dedicated to Mazda MX-5 Miata owners and enthusiasts. Come join the discussion about performance, modifications, classifieds, troubleshooting, maintenance, and more!
Full Forum Listing
Explore Our Forums
MX-5 / Roadster Forum General Chat & Banter Members Rides Forced Induction & N/A Power Mods General Car Chat
Recommended Communities