Joined Aug 9, 2013
·
385 Posts
After work I thought I would go mock up the roll bar in order to calculate the rear braces.

Then realised that the seats need to be in to get the spacing and angles right, and that would result in the braces and top support being in tje right position.

Bloody hell, it took forever to get all the bolts n nuts fitted and fixed down.

I also added the second lap strap on the drivers side to the seat, bolting it to the original seatbelt mount.

Once the seats were in, and tested, and passed on QC, the next was to add in the CAD piece behind the eat.

Followed by the rear brace which mounts at the same level as the shoulder harness mounting brace.

I wanted them to be as unobtrusive as possible. Success.

It then mounts int the chassis through the rear chassis mounting plates.

If I manage to get the pipe bends right, this could work OK.

Next will be making up a CAD profiles for the braces.

Hope the drivers side fits in.

And rather than collecting on Saturday morning, delivery of a 4.2 meter and two lengths of 1.2 meters of pipe, to add to mine.

Also realised that the rear braces need to be different to create the right look.

Can you see the rear brace?

I am really liking that. 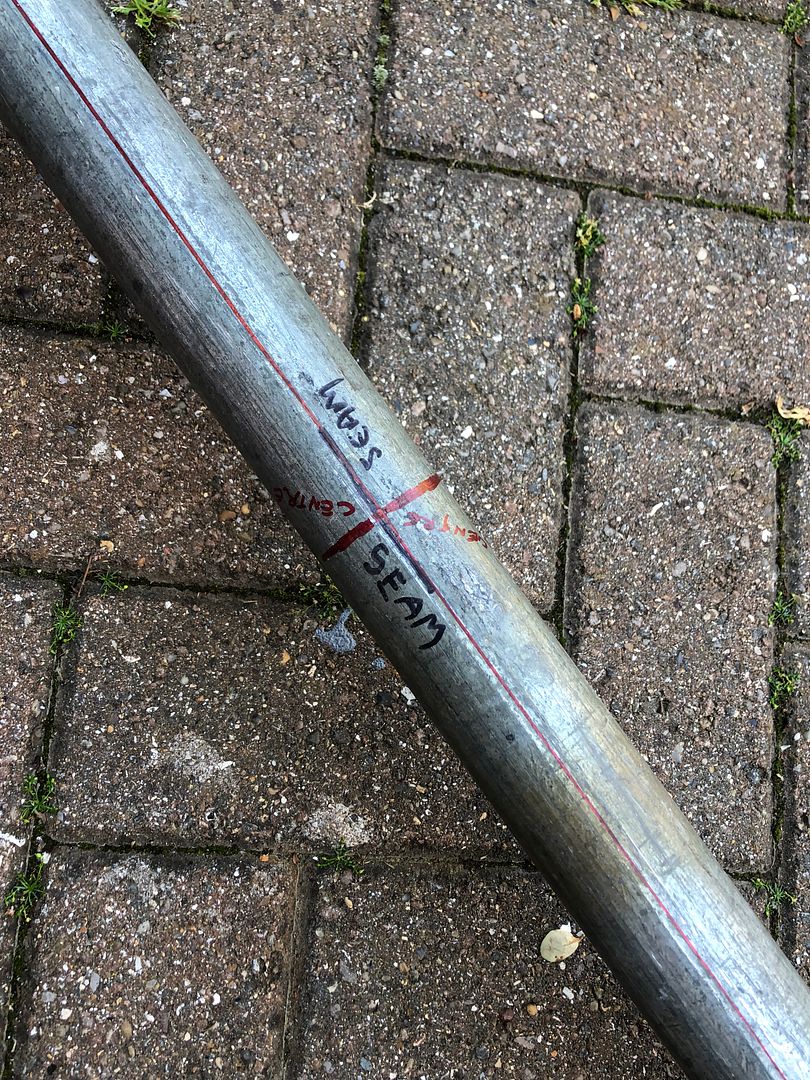 Joined Aug 9, 2013
·
385 Posts
Just bent a pair of braces before coffee and toast with Sally this morning.

Cross brace cutting next, then make it all fit by cutting the curved shapes where they all join, grind back all the galvanising so I can stick weld them together and tack onto the base plates after I make the rear base mounting plates plates and weld in a pair of captive bolts so they all can slip fit together and be bolted down in one, once full welded up.
.

Made the rear chassis mounting plates for the supports.

Then made some “fish mouth” or whatever you call them, joins.

Mounted in the cab, roll hoop in place, on its base plates……

Carrying on, later, around 5.00pm John the lodger joined me, both to help and give advice.

Then Mickey came around.

They sat chatting, discussing South London, where they both grew up, a lifetime ago.

Mickey had to point out the joins being very good.

A load of preparation and grinding to make the joins work.

Lots of tacking in place, removing and stick welding.

Getting there, bit by bit.

Paint in the morning.

Cheese and crackers for dinner.

A serious rum, after a tall beer.

Bootfair in the morning, if I wake in time..
G

Trying out the rear lights and wiring, he and John the lodger found that the existing units were so messed up, not reading the current etc…….

That we realised I will need to find another Mk 2 Capri LEFT Hand rear light unit.

They are left and right handed for those unaware, despite looking universal.

If anyone has a decent left handed light body or a pair for sale, donation, trade, whatever, please PM me

The lenses are good.

So only the bodies needed.

Then onto a bit more tidying up on the welds, which had actually gone really well, with deep penetration.

Mickey was around for an hour or so too.

Before lunchtime, an unusual treat for me, I rarely drink beer. But the heat and feeling good about the finished rollbar necessitated it.

Second coat later in the afternoon when Nick was here.

In the afternoon, Nick came, we chatted a while, opened another beer(s) and pressure tested the cooling system, a clamp tightened up more saw it all show as dry.

One of the small eyesore jobs to do was clean and rattle can the radiator in a dusting of satin black.

So once more dismantling the front end, well, it became twice.

While at it, I also made and folded a blanking plate for the top of the radiator to drive all the air over it, and also close up the view into the engine bay.

Reported above, and looking for a left hand light unit. 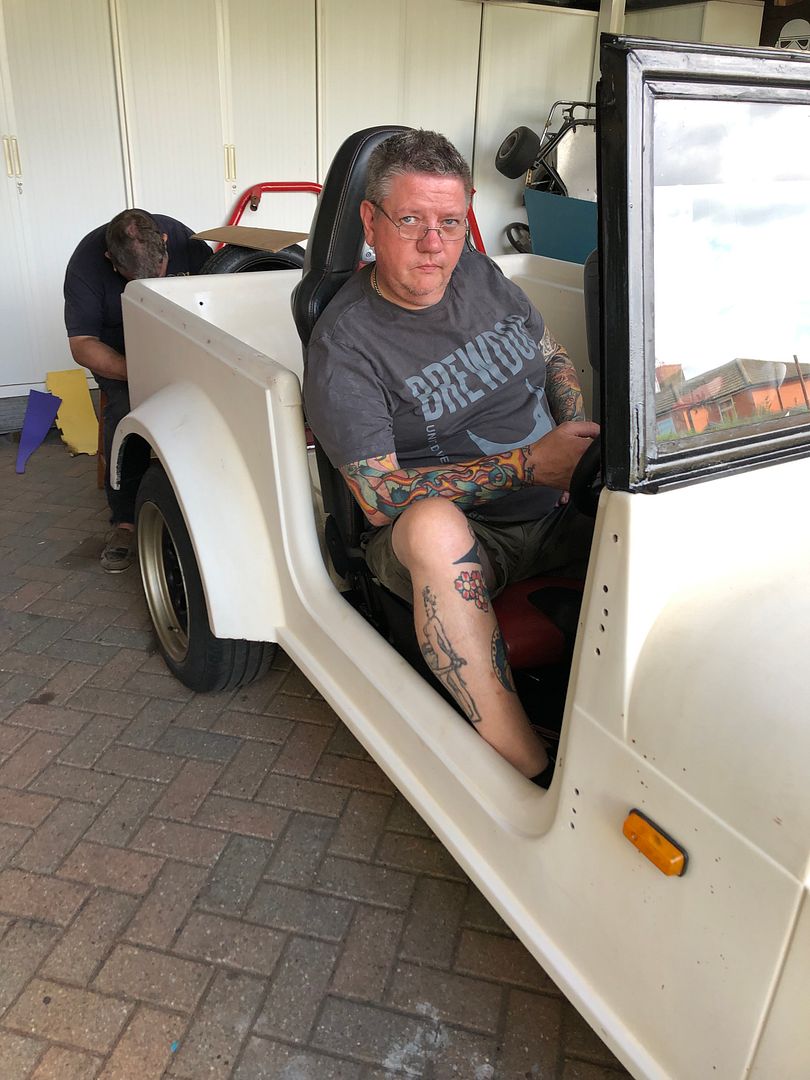 With the lighting failure, Nick then added some Riv-Nuts to the back of the bumper to retain the lower lip of the front grille.

After final assembly, the black blanking plate and grille do look a lot tidier too.

So a weekend with a fair amount of stuff getting done.

Thanks for checking in.
G

Next stop…. Get the Harnesses attached.

3mm steel plate should do just fine, NASCAR approved after all.

Chassis and seat mounts as well . 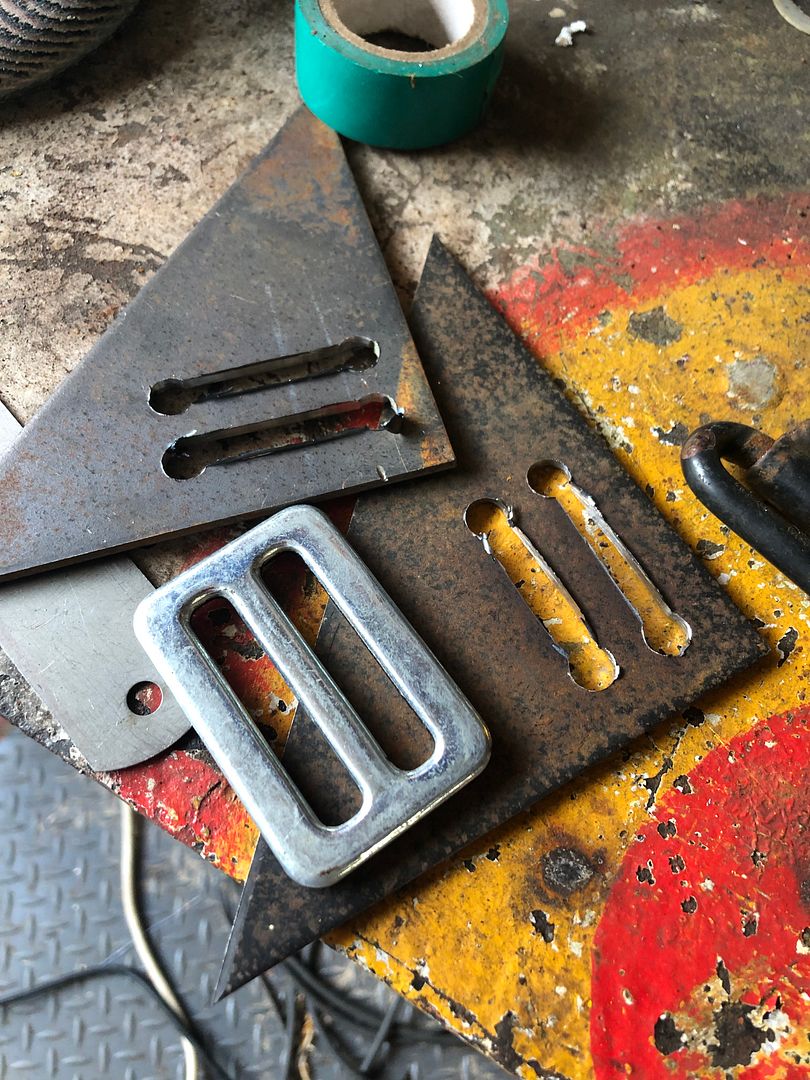 @nickwheeler it, I mean paint.

Should clear things up a bit.

Biggest concern was if the motor would fit in a way that would leave my knuckles intact.

Fitted at 07.30 this morning with Mickey’s help lifting it in.

Had to use a small hydraulic bottle jack to push the front feet open about 15mm that the heat distortion had created.

Closer to my visualisation than I deserve.

Most importantly was getting it to lean back to mimic the “B-post on the entrance/door.

Unobtrusive from the front.

This is a great point to have made it to in my opinion from where it started.

How much further before the final straight??

Some changes may still be affected.

Lots more to come I guess.

And have suspicion who it is from.

Certainly will be used on the ally firewall.
G

A load of very different stuff, older, newer, traditional, not so traditional…..

Noisy Harleys ridden by crippled geriatrics trying to grasp that last handful of youthful pleasure. And making me look the other way while they rev up their overly loud, expensive steeds, tottering about trying to park them for all to admire.
These are absolutely beautiful machines, don’t get me wrong, and I have ridden since age 13.

Eventually figured it out Today was hot, unpleasantly hot, even the dog was not impressed.

Buckle for the crotch strap.

And then bolted into the frame as well.

Combined a set of old and new mirrors.

4 of these made as only one original. 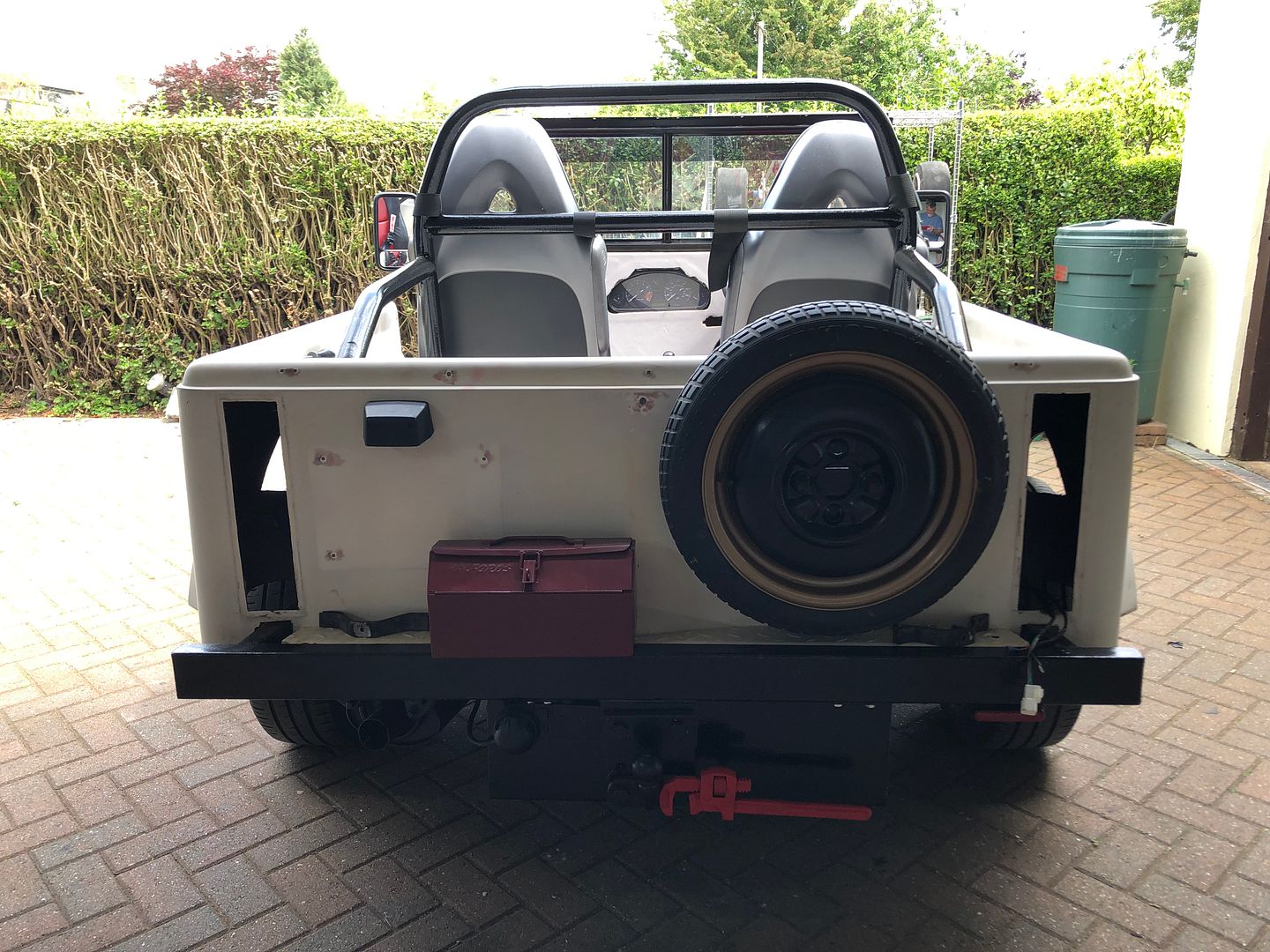 Chevy mirror from my stash.

But then found this one.

Spent the rest of the day with Sally.

Saw my next resto project. Right there in the Thames, Essex in the background.

And took her out for dinner.


I just added new mirrors as one glass was broken.

Fitted them early on today.

Unbolted and raised the seat base.

Remember this was the drivers seat before.

@nickwheeler had just arrived and suggested I make the brace stronger than what was fitted as standard.

Also made a new buckle to go with it.

Joined Aug 9, 2013
·
385 Posts
So while I carried on with the second seat harness mount, @nickwheeler took a look at the wipers that came last week.

Very quickly realising they would be needing some adjustment on every level.


1. Mounting plate and Rivnuts to the frame.


So we carried on working side by side at more of these small necessary jobs.


First mounting plate made up.

Even the small screws needed replacing from the magic tub with slightly longer ones.

Another couple of small jobs included getting the passenger footwell firewall kickplate carpeted. Looking plush in there now.

And finding where I had hidden these bonnet/hood catches……

Making up some backing plates and finding small nuts and screws to attach them to fenders and hood.

And finally, stepping away

Wipers and arms too long, need something shorter.

A short day unfortunately, as the rear light units were not delivered on Friday or Saturday as promised by Ebay.

Have a good one all.
G

Sometimes I should not be permitted to think.

Or wrap in vinyl.

Not sure at all yet.

Took longer than anticipated, but all good.

So after work I went down to make up some splash guards for them.

Thats a good thing too.

John the lodger got home and came down with a beer.

This aids the thinking processes.

And wraps around the lights nicely.

Added some insulation to the rear where the contacts may make contact.

Being a bit more adventurous than me, he started to test the lights, wiring, switches etc.

Battery is almost dead, so it was a struggle, but except for the rear foglight, all the rear lights are wired, and the new lights are a massive improvement on the old.

Once the shields were done and test fitted, I decided to shut shop and come up.

Headlights, side lights, side repeaters, and a few more bits, plus restoring the wiring………

Joined Sep 16, 2008
·
10,124 Posts
On the subject of MOTs, did you request the front plate without a space intentionally or was it made incorrectly?

Depending how keen your MOT tester is, the front plate could fail. The police would certainly be interested in fining you for it if they needed to meet targets that month too.

It's nothing to do with MX5s, but feel free to keep us posted if you ever get round to tackling that semi submersible scooter
321 - 340 of 351 Posts
Join the discussion
Continue with Facebook
Continue with Google
or sign up with email
About this Discussion
350 Replies
11 Participants
Last post:
Grizz 15 h ago
Mazda MX-5 Miata
A forum community dedicated to Mazda MX-5 Miata owners and enthusiasts. Come join the discussion about performance, modifications, classifieds, troubleshooting, maintenance, and more!
Full Forum Listing
Explore Our Forums
MX-5 / Roadster Forum Members Rides General Car Chat Wanted Wheels, Tyres, Suspension & handling/etc
Recommended Communities