Time to start a build thread I think...

As much for my own records as anything, but if anyone enjoys reading then all well and good.

So first the car stats:

It looked really clean to me, had been in the same family since imported and had clearly been loved. It had been re-sprayed in the last year, so the paintwork looked top notch, engine ran well, new hood fitted not too long ago and looked really good.

The big thing however was it did have some botched repairs to the sills. In my inexperience I didn't quite comprehend how botched or what was lurking beneath! But more on that later...

General mods I have planned are:

After picking up the car I took it to Mark at Total MX5 repairs for a check over and service. Was pleased to hear a lot of positives, but did leave however with a few things I hadn’t expected to do so soon.

Here’s a few pictures from the drive home via the Black Mountain Pass, surely one of the best roads in the UK! 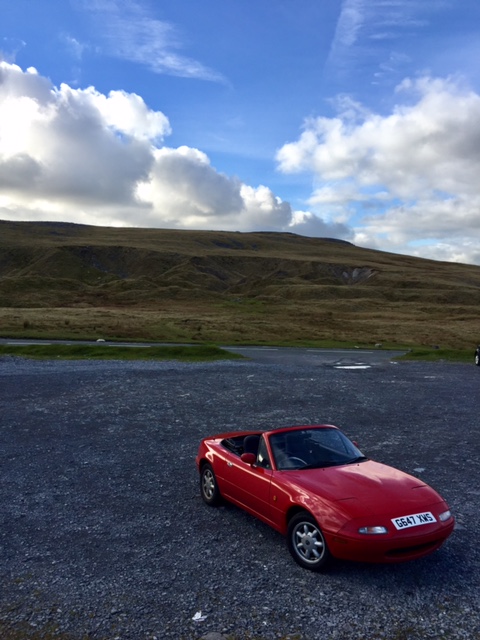 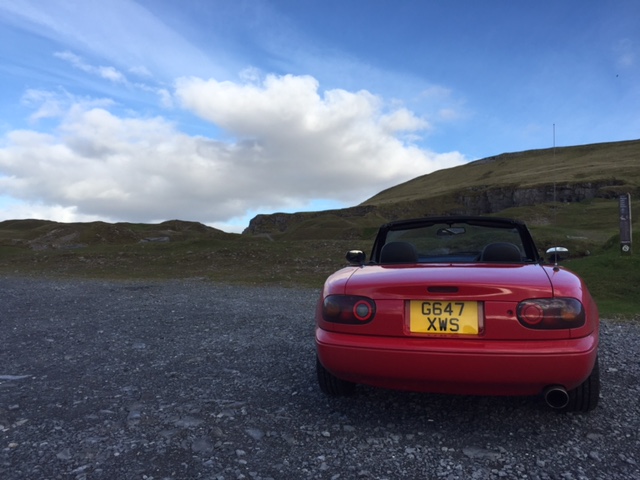 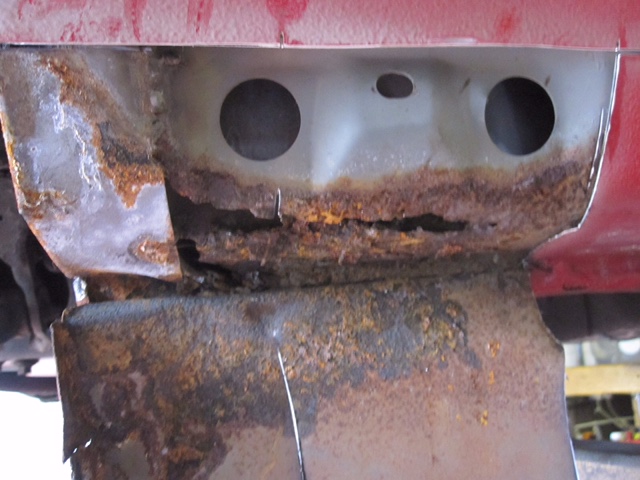 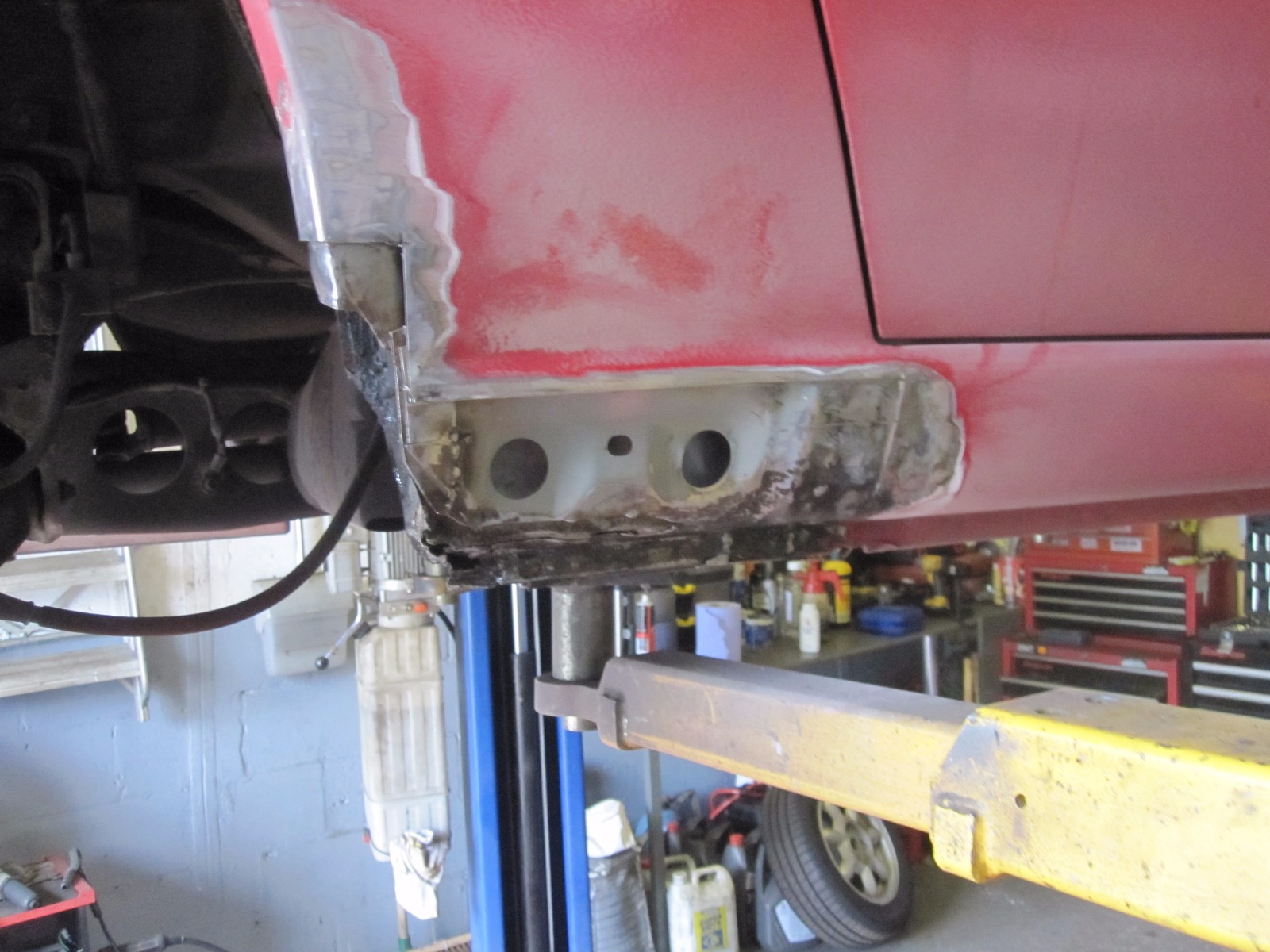 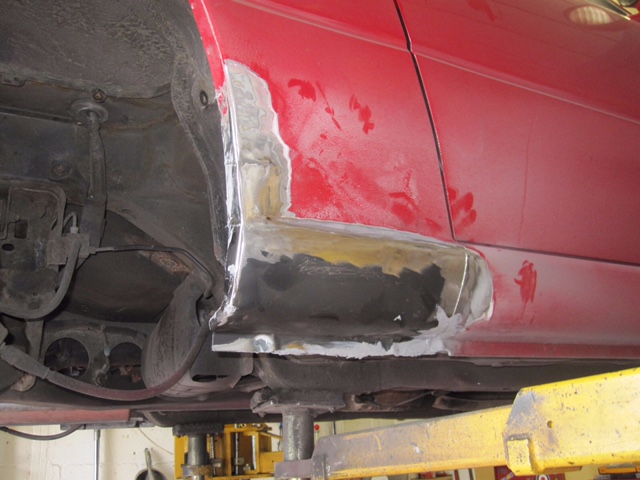 Passenger side... a lot worse: 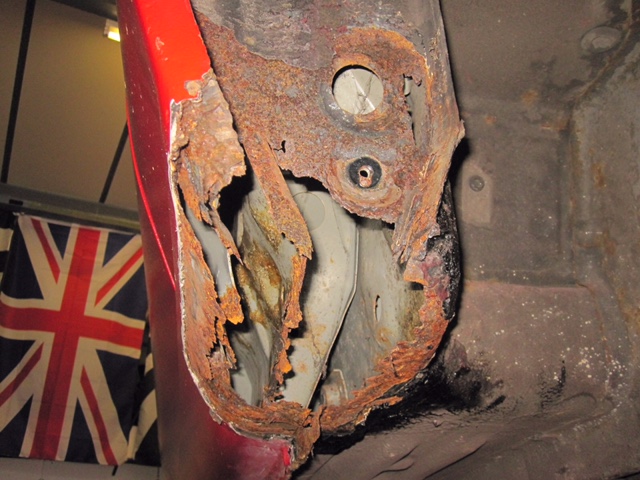 Coilovers arrived in time to be fitted at the same time as the rust repair.

The coilovers are the Vmaxx Xxtreme (adjustable height & damping): Before and after pic: I had a little more work carried out so in all I had:

Rotten sills cut out and welded

Big thanks to Mark at Total MX5.

Gearknob and gaiter was a bit tatty, so was replaced with this nice Momo one: Wheels ordered. Bit of wait for delivery though as everyone seems to be out of stock!

Will require some sort of arch work I'm sure.

Won't be fitting until Spring. Car is mostly garaged for winter.

Looks nice in the last side on pic. I think it looks good on those Daisy's... cancel the order!

Looks nice in the last side on pic. I think it looks good on those Daisy's... cancel the order!

Haha. I agree the daisy's look good, but they will still be there as option 2...

Looking good Drew, I too plan to go down the red/gold theme.

I sprayed my daisies satin black and removed the centre caps, a very cheap and easy thing to do, but they actually look pretty good until new wheels are purchased. Will have a test fit this weekend if it's dry. I know it's too late now but you can get away with a 195/45/15 tyre on that wheel fitment with minimal arch work. Might struggle to close the arch gap without "slamming" the car, not sure if that's the look you're going for?

I know it's too late now but you can get away with a 195/45/15 tyre on that wheel fitment with minimal arch work. Might struggle to close the arch gap without "slamming" the car, not sure if that's the look you're going for?

Interesting, I didn't think arch gap would be an issue. I just went for 185/45's as I preferred the slightly more stretched look over the 195/45's.

I am fairly low now and have a good bit more adjustment left on my coilovers. I'll be going as low as I can live with. Haven't really driven it much since I've had it, so will be trial and error to find what that is.

Got to do a test fit so I can have a look, will post some pics when I do. Then next on the list is to get the arches rolled.

195/45 is still a bit of stretch. Personally I think 185 is a bit too much. A 195/45/15 tyre will lose you 10mm worth of arch gap compared to a 195/50/15 tyre. This will also make the car 10mm lower to the ground on the same suspension. Going to a 185/45 tyre looses another 5mm worth of arch gap and puts the car another 5mm closer to the floor. Does that make sense? So before you lower your car you'll already be 15mm closer to the ground compared to a 195/50/15 tyre. Then you need to close the arch gap which will be 15mm more which makes your car very low to the ground......which obviously can look great but not as driveable. What are the roads like around you? I had my car at the perfect height for me (looks wise) but had to raise it up a touch as I was constantly smashing into the floor whilst driving about!

Yeah, I follow you. I used willtheyfit.com when deciding on wheels, so I understand about it being lower, just my thinking was that it will still fill the arches nicely with 185/45's.

The roads... oh god... in a word - Shocking! I'm in rural south Shropshire.There are a number of roads around here that I won't be able to get near and I will certainly have to pick my routes carefully and be aware. I'd beach it, or wreck it, or at the very least scrape it, even with standard suspension I couldn't get it into my work.

Everyone thought I was mad getting an MX5 around here. GF tried to talk me out of it, but she loves it now, as does everyone. They're hard not to love.

It's not my daily, so I'm OK with it not being the most practical. At the moment I am modifying it to the look I want, which involves it being nice and low, then I'll see what it's like to live with. If it becomes unusable then I may have to rethink my setup.

Cool, not so bad if it's not your daily. Mine is otherwise I would have left it lower!