14 replies to this topic

I was having a problem with my clutch where it would be difficult to disengage it; crawling forward even with clutch depressed, difficulty getting out of gear etc. I gathered that the slave cylinder was a common problem so figured I'd start there.

What a pig of a job! Even with a flare wrench I managed to round the clutch pipe fitting, so ended up taking it apart where the hard line connects up to the soft line at the back of the engine bay. I bought another hard line, with the curly bit, and refitted it all today. But now I have a new problem.

With one press of the clutch pedal the clutch disengages sufficiently to engage a gear, but only briefly. Within a second the engine stalls as the clutch re-engages quickly. Pumping the clutch makes it worse and then there's no pressure. I have to wait 10 seconds or so and then can press the clutch once and it has good pressure again. I've bled it for a while and it doesn't seem to be improving, but this is my first time bleeding anything to be fair. Could this just be a case of it needing more bleeding, or is air getting in somewhere? Or does it sound like something else is broken?

Have you watched the slave cylinder pushrod when someone else pushes the pedal? (with the engine off) to see if it's creeping back

Are you bleeding it on your own? much better with someone else in the car and you on the bleed nipple. loosen when the pedal goes down, nip it up before every time they bring the pedal back to the top. Do that several times and you should be fine otherwise when you bring the pedal up you're sucking air back in.  Make sure the reservoir is topped up or you have to do it all again!

I managed to rope the girlfriend into pumping the clutch pedal. The pushrod was definitely moving, though when rapidly pumping the clutch it wasn't moving as much as slower, more deliberate presses. I didn't notice it creeping back but to be fair I wasn't checking for that, I'll try again tomorrow.

I was using a variation of that which I saw elsewhere. Close the nipple, pump clutch a bunch of times and then hold down, open nipple and let fluid/air spray out, close nipple, release clutch and repeat.

yes that's the basic principle, you only want the bleed nipple open when the clutch pedal is either held down on the floor, or whilst it's being pushed down.  If you pump the clutch and hold what you are doing is producing pressure in the cylinder (and probably air bubbles) and it sprays out when released. The bleed nipple should only need about 1/4 turn to release fluid but some may be more, you could try slipping a ring spanner on before you put the tube on the bleed nipple that way you have 12 positions rather than 6.

Miata.net has a slightly different process but it's the same principle:  https://www.miata.ne.../mastercyl.html

I think the coiled section in the clutch line can be a bit of a nightmare to rid of air bubbles, I used one of these on my car, it's so much more simple!  https://bofiracing.c...zda-mx-5-na-nb/

Ok I've had another go. Used my finger as a sort of one-way valve over the bleed port. Plenty of fluid flushed through, had to top up the master a couple of times. Put everything back together and no different. First press of the clutch is firm and results in a lot of pushrod movement. But when my assistant held the clutch down, the slave immediately started travelling back. So it's definitely not holding pressure. Is this likely to be air stuck in the system somewhere or is the new slave a bad one, or does it sound like the master? Pumping the clutch makes it worse; after the first few pumps there's no resistance at all until you give the car a few moments to settle down, then you get one brief application.

Did you change the master cylinder or just the pipe? I’d get new master and slave and be done with it.

From the behaviour you describe the fluid might be getting past the master cylinder piston and equalising pressure infront and behind which might explain the pedal pressure being good at first then getting weaker.

Just check the slave isn't leaking by looking behind the rubber bellows on the end, there should be a bit of grease there but not loads of brake fluid!

I don't think air in the pipes would cause the pedal pressure to behave as you say, after pumping the brakes with air in the system it should maintain at least some sort of consistent pressure with the foot flat on the floor as the air has  been compressed and will stay at that pressure until relased.

That was my concern! Hmm OK, thanks. Though I'd always heard that a failing master cylinder would build pressure if you pumped the pedal, not lose it.

Did you change the master cylinder or just the pipe? I’d get new master and slave and be done with it.

I'm getting close to doing just that. I might wuss out and get a garage to do it. Looks like a harder job than the slave and the slave stressed me out much more than it should have. Think I need to find a more relaxing hobby! Nobody manages to round any bolts when doing watercolour painting

I think the secret of it not being stressful is when it's not your only car and you need it to go to work the next day.  Sometimes I just walk away from a problem and sleep on it !

It's just my Sunday driver, but the weather is nice and I'd like to be able to take it for a spin before it gets cold again! haha

I think the coiled section in the clutch line can be a bit of a nightmare to rid of air bubbles, I used one of these on my car, it's so much more simple!  https://bofiracing.c...zda-mx-5-na-nb/

On further thought, buying this line and a new master cylinder costs a total of just over £60. The most difficult bit looks to be the bolt attaching the MC inside the driver's footwell, but otherwise maybe within my abilities. Was the clutch line you posted easy to install? Is it just a case of attaching to master cylinder, dropping the other end through the engine bay and attaching to slave?

Any issues with rubbing?

Yes that's the principle, only one side has a moveable junction so you have to make sure you put the right one on first.

I haven't checked it closely recently but not seen any rubbing yet, It comes with one fixed straight end and one curved with a spinning end. Make sure you fit the fixed end first tighten that up then fit the curved end.  I fitted the straight one into the master and the curved into the slave. But I have seen it fitted the other way round so both seem to work.

Just popped out to the garage and took some photos for you. 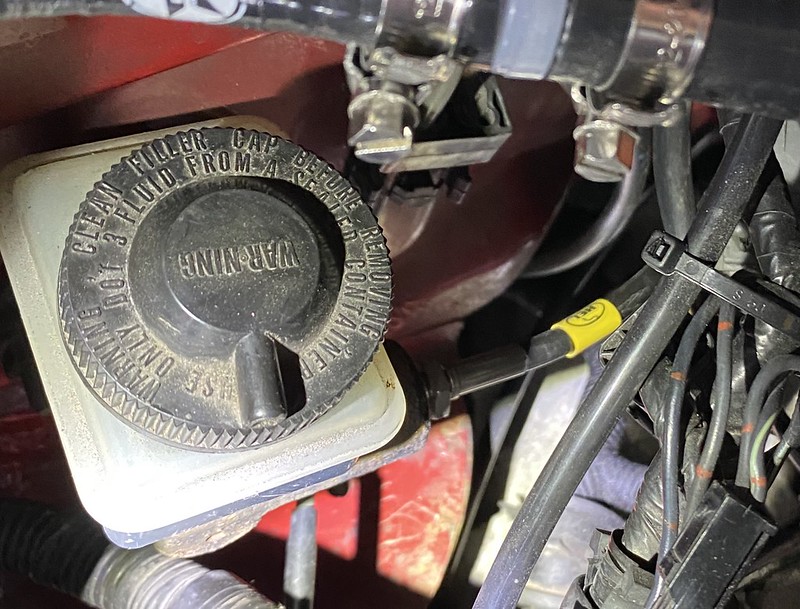 Looking directly down from the engine bay onto the slave, for reference the rubber boot with the slave pushrod coming out of it is at the top right of the picture.  The curved end of the HEL line is angled straight upward towards the camera. 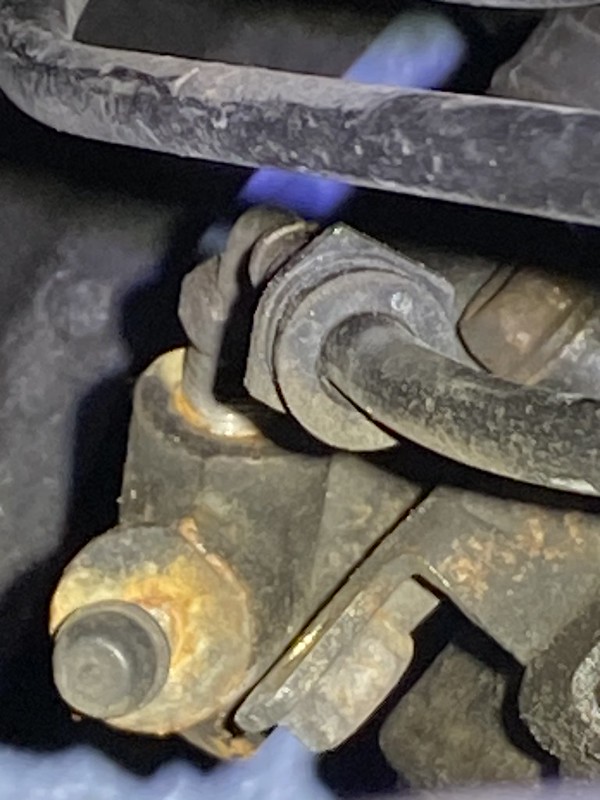 Hopefully these pictures will help explain how it fits. It really is very simple compared to the OEM one which I've never figured out why it's so complicated except maybe some sort of generic solution on the production line for left and right hand drive cars

Thanks so much, you're a gent! Ok, MC and braided line ordered (from your first link). I'll let you know how it goes. Should be fine but I don't seem to be having much luck haha

New master cylinder and clutch pipe (https://bofiracing.c...zda-mx-5-na-nb/) arrived and installed in no time. The clutch now bites higher than before and the bite point doesn't drop like it used to. Engages gears no problem and doesn't start to creep with clutch down. Pedal feel is good.

I was concerned that bench bleeding would be an arduous process. It really wasn't, though I did manage to spray brake fluid into my eye because why should any job go smoothly? Bleeding was a breeze - in fact I don't think it actually needed to be bled at all, gravity seemed to do the job.

I don't know whether this means the master was the culprit all along, or if there was a leak somewhere. But £120 for totally new clutch hydraulics, including some tools that I didn't have, doesn't seem too bad.

Thanks again for all your help, I much appreciate it

Great to hear it's all sorted

and hopefully now you are more confident on tackling other jobs as they come up!  most garages would have cost you over twice that to do the job

(hope your eye is OK)


1 user(s) are reading this topic