55 replies to this topic 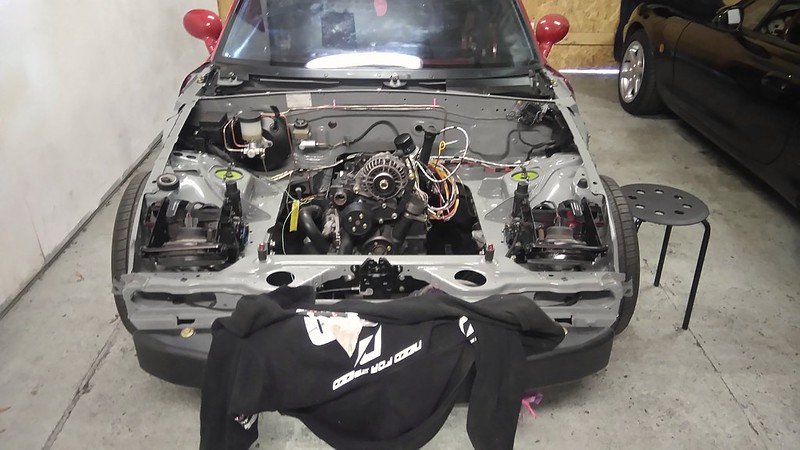 Made some more progress, might type something about it eventually but here are two pics: 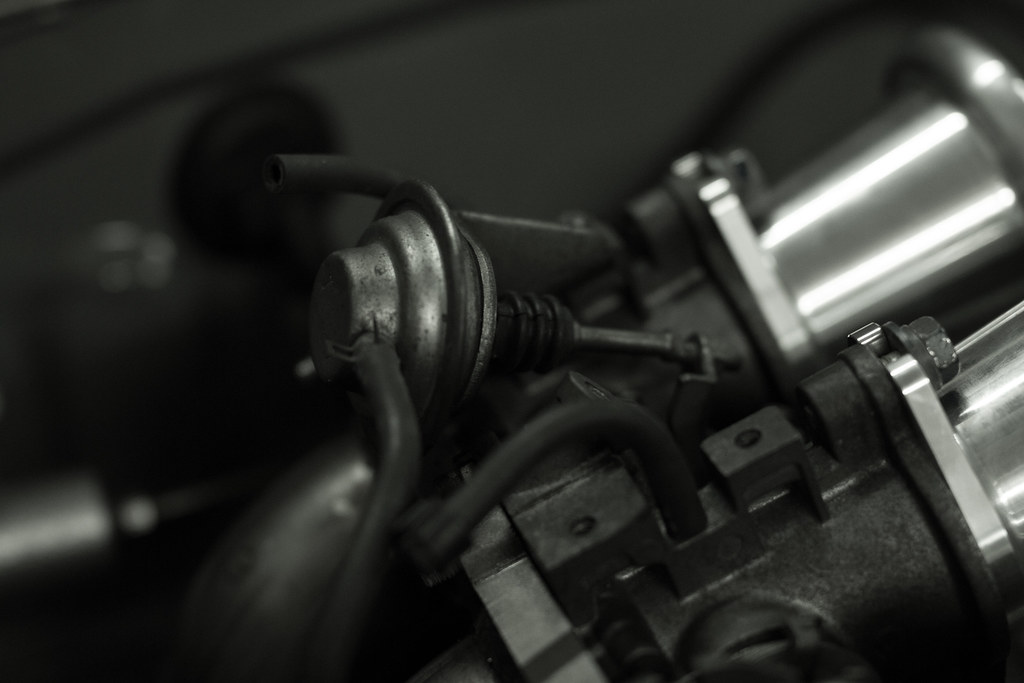 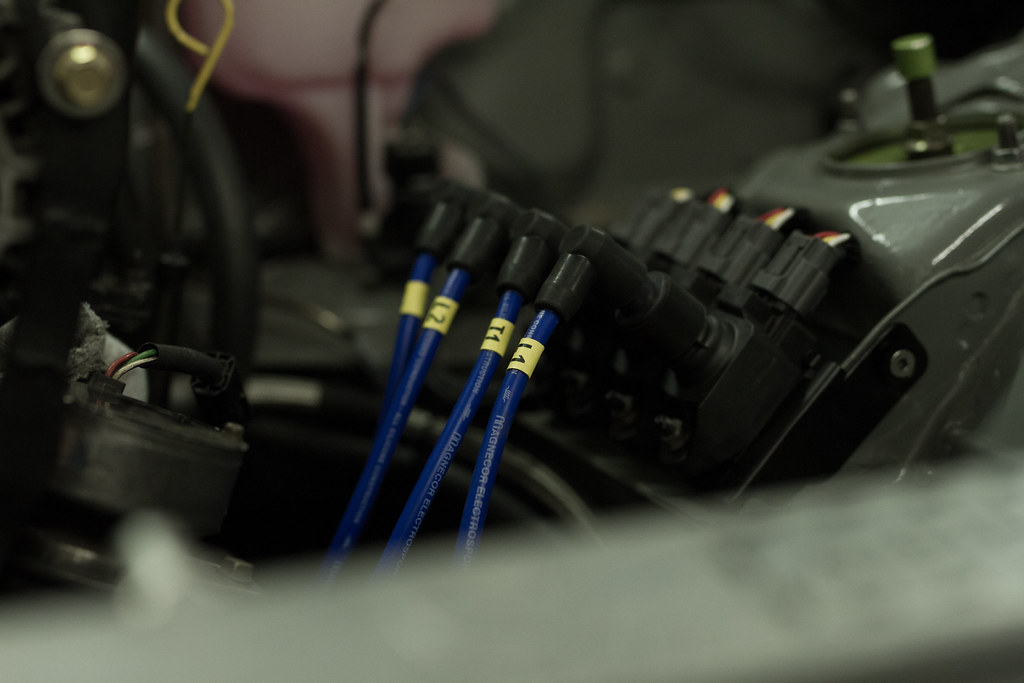 yohohoho and a bottle of rum

Huh, curious. Just noticed that is half a set of AE101 throttle bodies.

Three quarters to be precise

Allright, long time no see but had some issues with the car and life in general that kept me from being overly active on here. I also spent most of October in Japan where I had a few interesting chats re Miata's which gave me enough motivation to continue with my project. Short summary of the issues I ran into for who it may interest:

1) Wired up the engine as per Mazda and Megasquirt schematics, quadruple-checked everything then proceeded to set everything up in tunerstudio only to find out I wasn't getting any CAM/CAS input and no TPS.

3) Bought new coils, changed the wiring and tried again. Also checked the CAS and TPS wiring again but couldn't find anything wrong with that so left that for a later time. Still no spark.

4) In a moment of sudden clarity I decided to check the actual TPS, turns out the unit I got with my throttlebodies had thoroughly shat itself so had to order a new one from the States.

5) With the TPS now working I focussed on the CAS. Was seeing signal when I scoped the wires but got nothing at the ECU. Someone I know builds Megasquirts so I decided to take the CAS-sensor, coils and ECU out of the engine and test them on his workbench to see if we could get it working. End result: turns out the coil-pinout in the Mazda schematic is viewing the plug from the back instead of the front. Swapped the wires over et voilà, we had spark. CAS was also working, my best guess is now that the signal is suffering from so much interference whilst in the car that it can't make out the engine rotations from noise. I've bought shielded wire to sort this issue.

So there you have it, long story short: It seems like I'm finally going to be able to start the car in the next week or so

I also bought a MK2.5 in the meantime to get my roadster fix since my MK1 is still of the road. Was planning on keeping it stock but as it always happens, some goodies are already en route from Japan to make it a bit less stock XD

Wow it has been a long, long time since my last post

Good news is I still have the car, and it is better than ever! Bad news is, it has been in bits again since driving it a lot in 2017 and 18 as I wanted to get it painted (and redo the wiring) but I bought a house in 2018 which fucked up the planning. O well haha. Here are some pics from when it was initially together, and from how it stands atm. 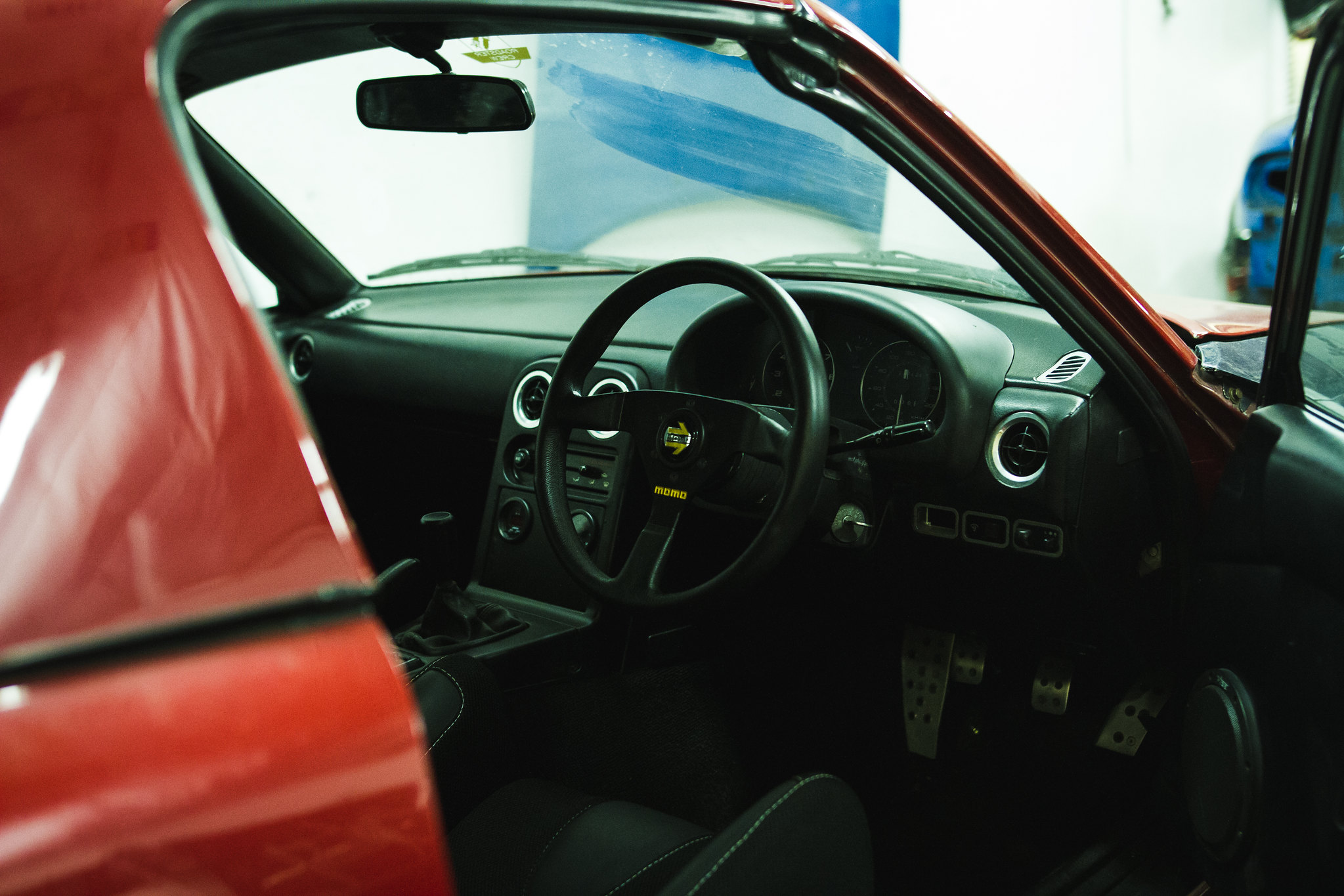 Bought and fitted a new bucket seat. The Cobra Suzuka fits pretty well in our small car, is tall enough for a big dutchman like myself and not overly narrow (size 34 waist and can fit okay). 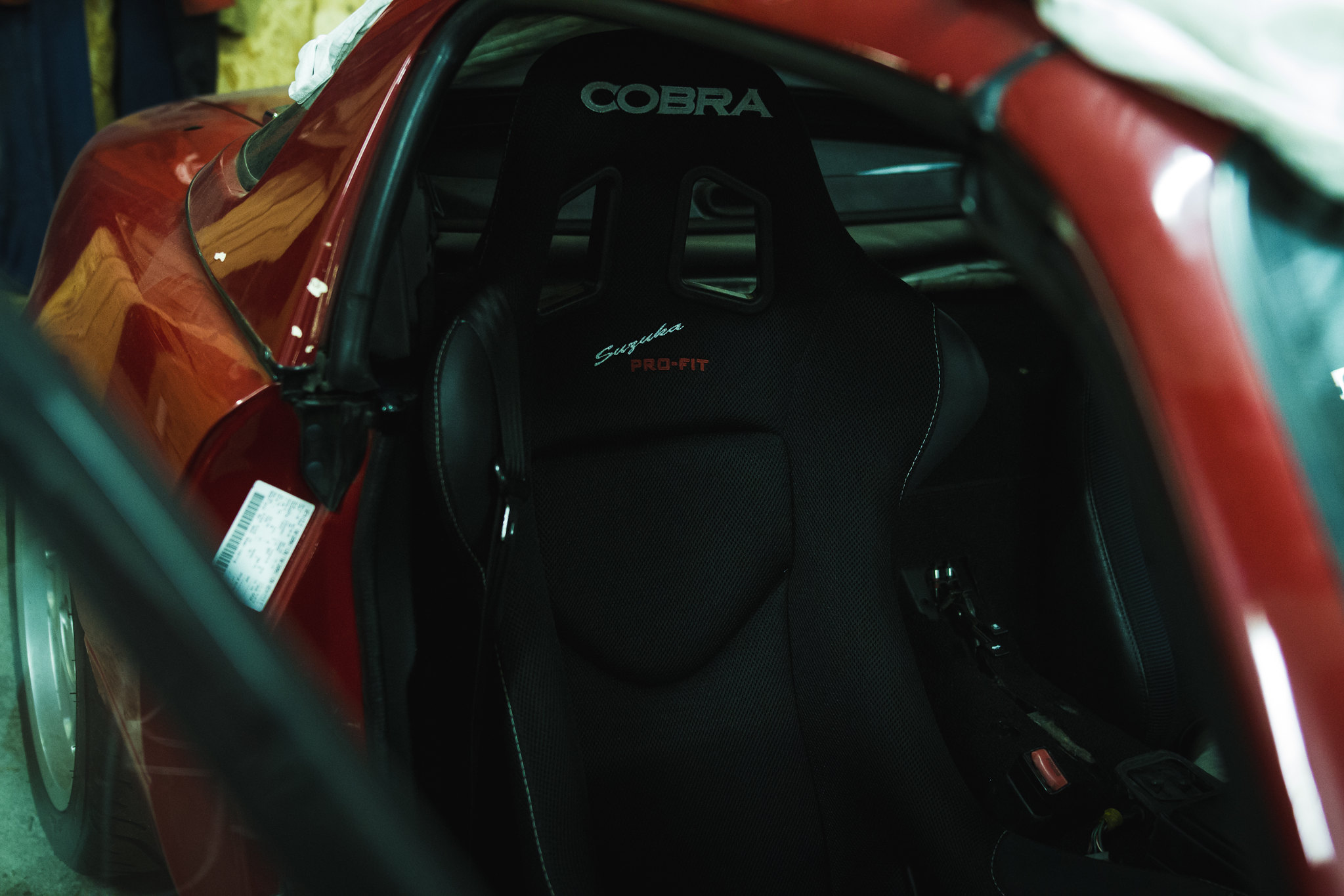 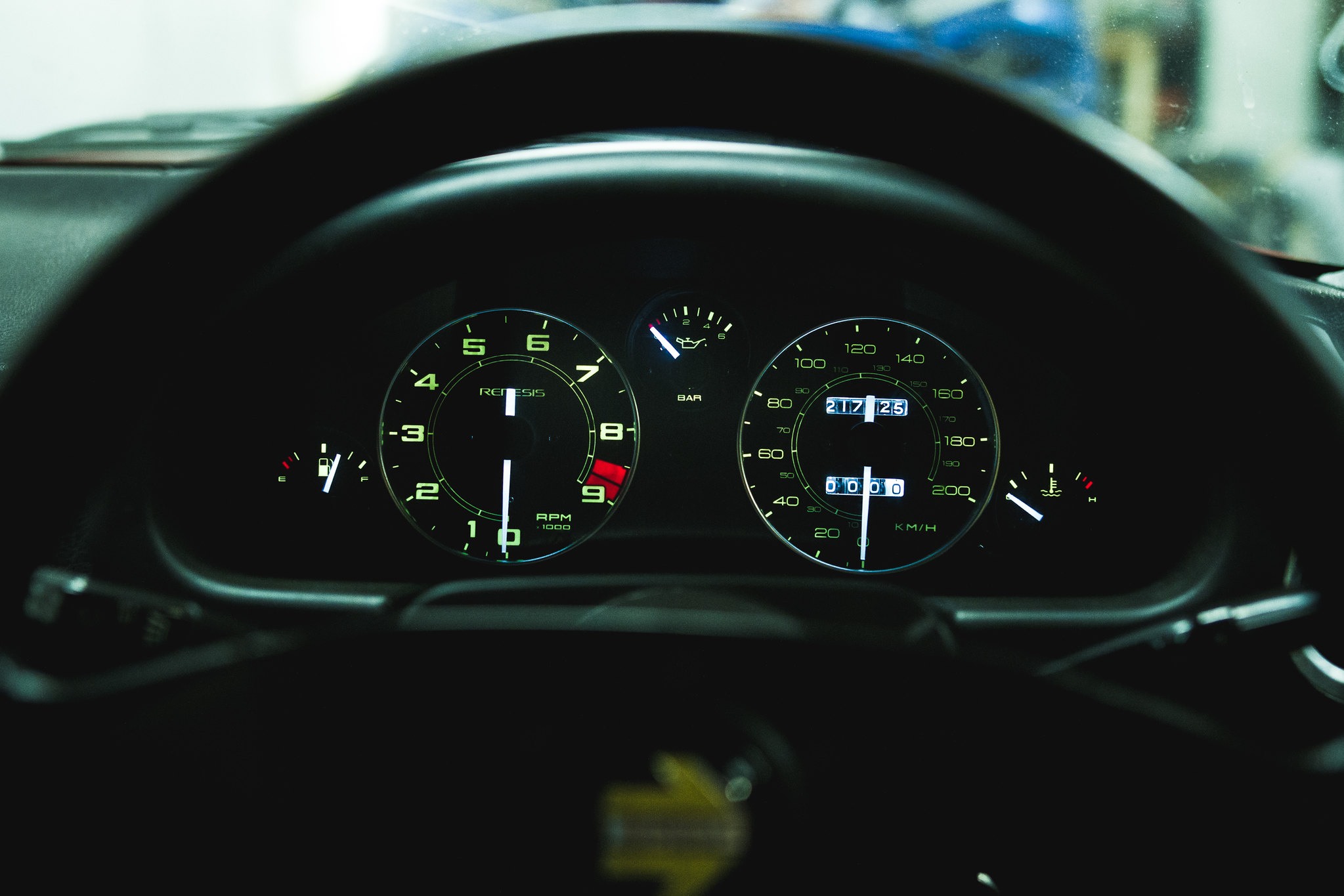 Also made a radio delete plate and fitted my STACK Oil temp and wideband 02 sensor. Also installed a Tomei Duracon shiftknob that I got from Japan when I was there. 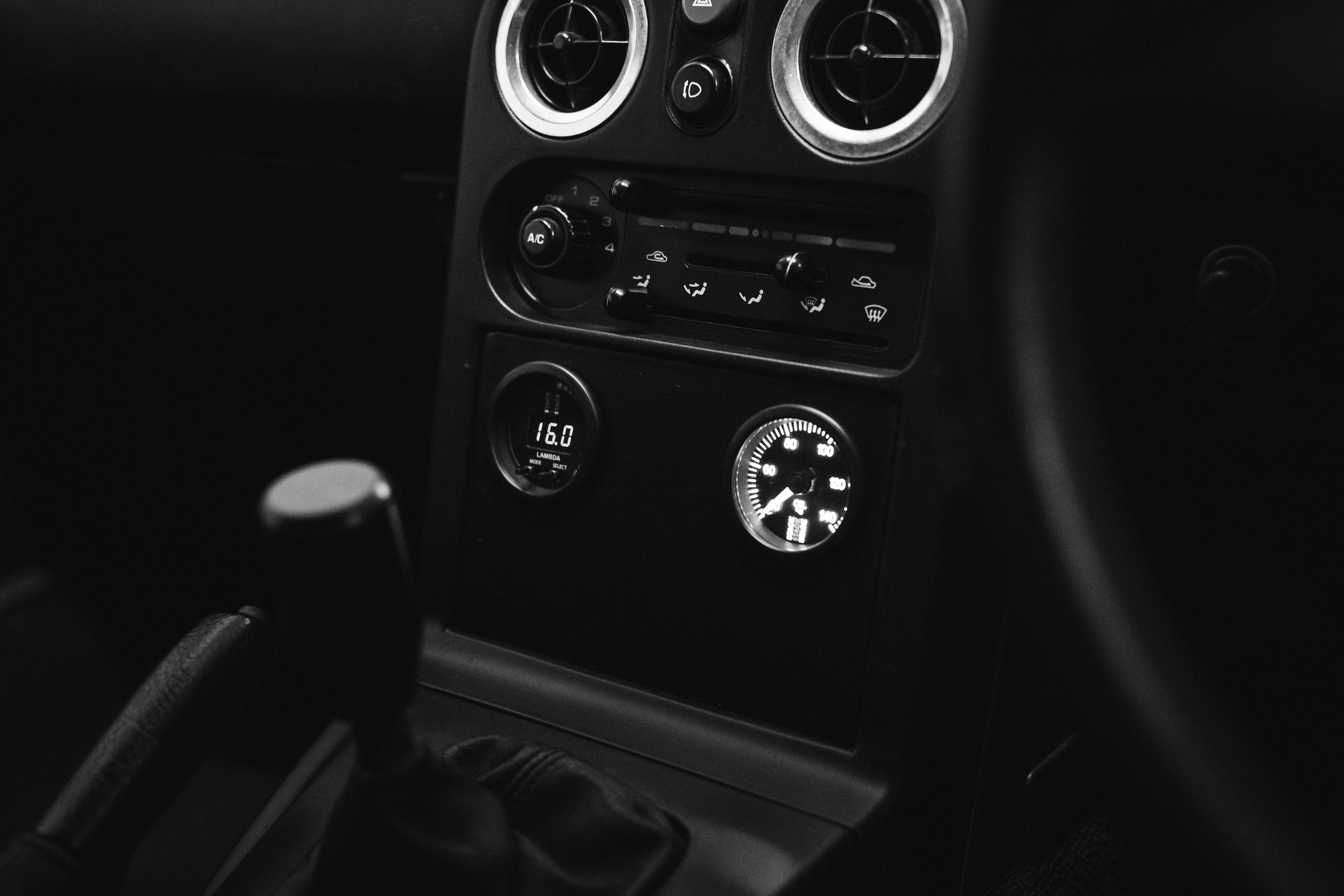 They have hands down the most and best driving roads.. "in the world"

This is what the enginebay looked like right before I took the car apart. The intake is a custom made stainless one with 3x 47mm individual throttle bodies with 75mm stack enclosed in an ITG air filter. The exhaust is a modified Racing Beat stainless manifold into a full stainless 2,5" exhaust system with Magnaflow mufflers, which flow really well whilst giving off a deep and not at all raspy sound. 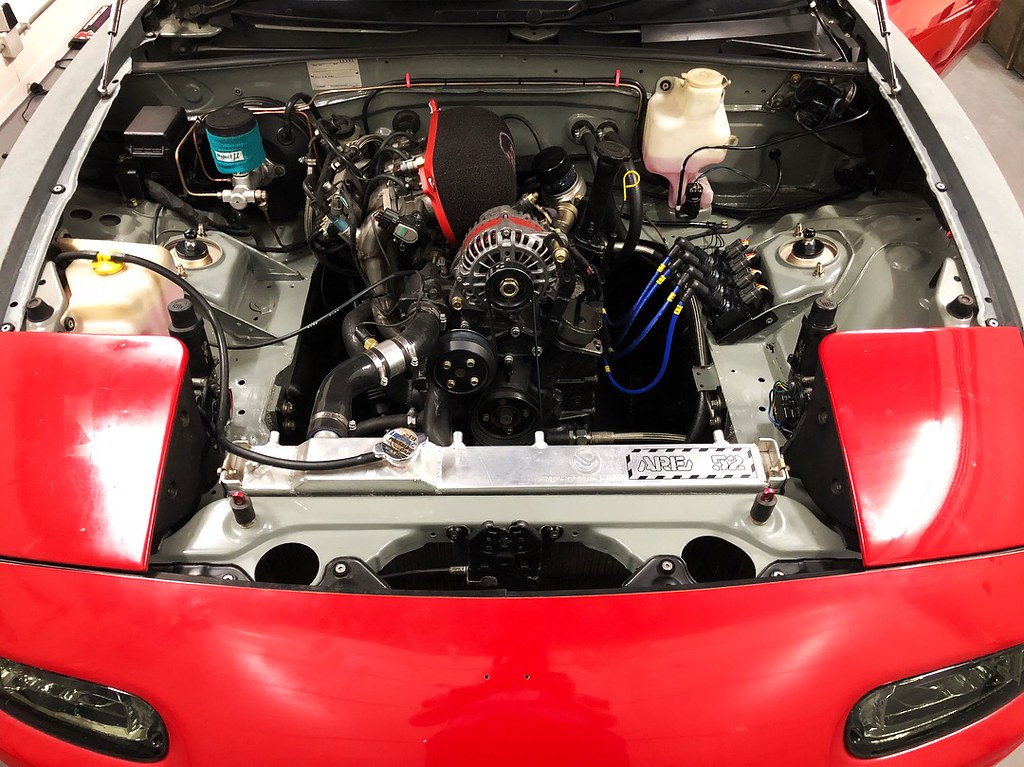 Also got a new garage around that time, the other one was a proper shed that saw temperatures below 0°C during the winter and was humid as hell most of the rest of the year. As y'all know, moisture and Miata's don't really go along well so my car was a lot crustier after I took it out of the shed than it was when it went in 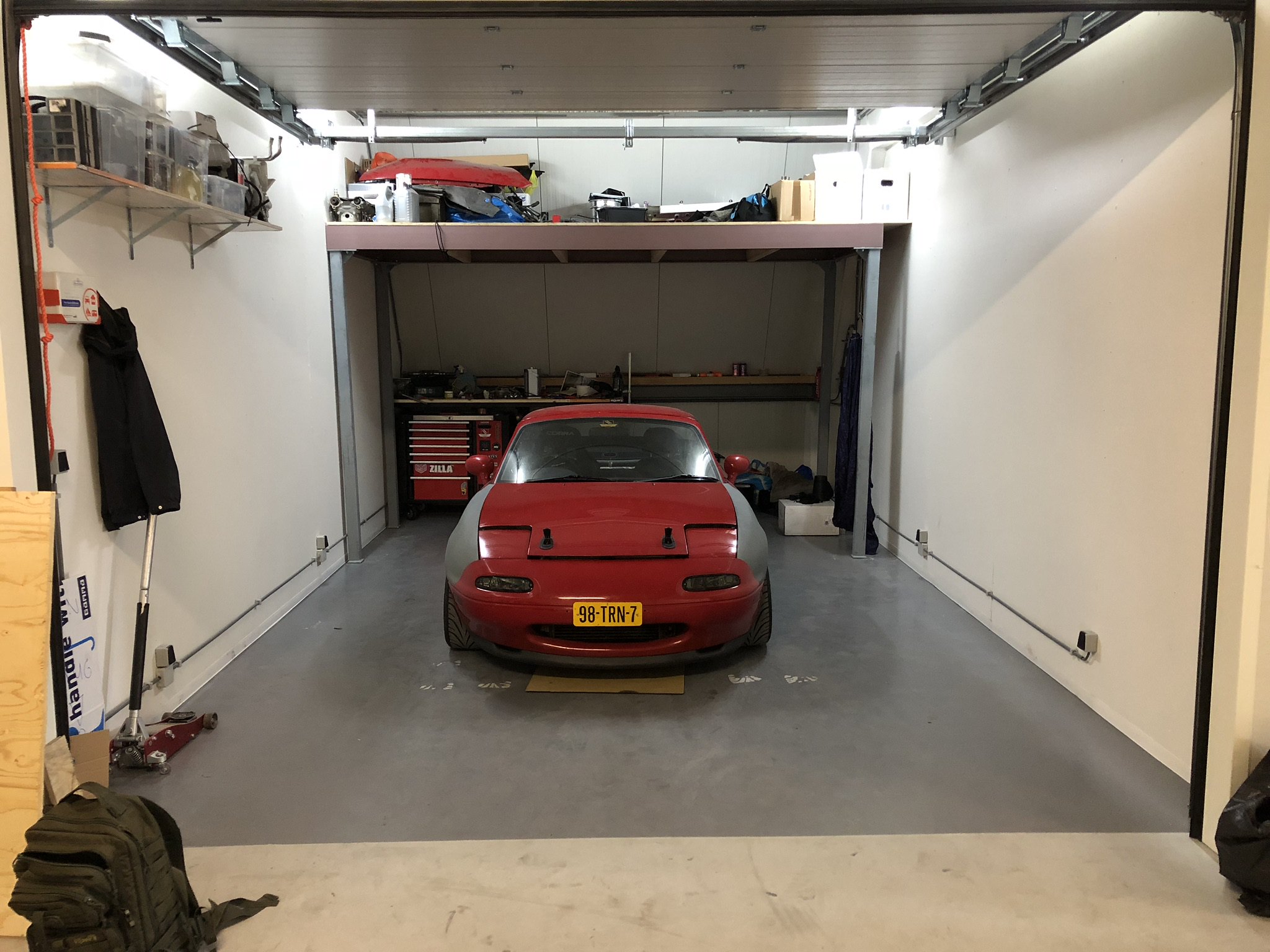 So that rust needed addressing, as well as that the car desperately needed a respray.. more to come!

First, I fixed all of the (surface) rust I could fix myself. Then I had the sills done by THE go-to guy in The Netherlands, that has probably fixed over 500 miata's of various degrees of rust. Then I fully stripped and prepped the car (which takes a very long time I have discovered) and then had the car professionally resprayed in Mazda A3D Pure White. 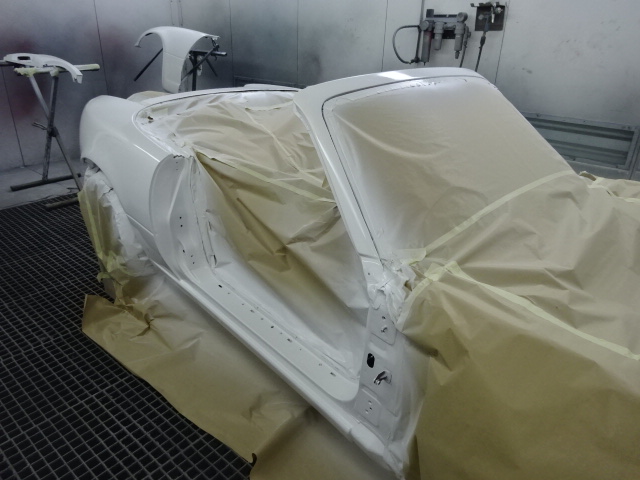 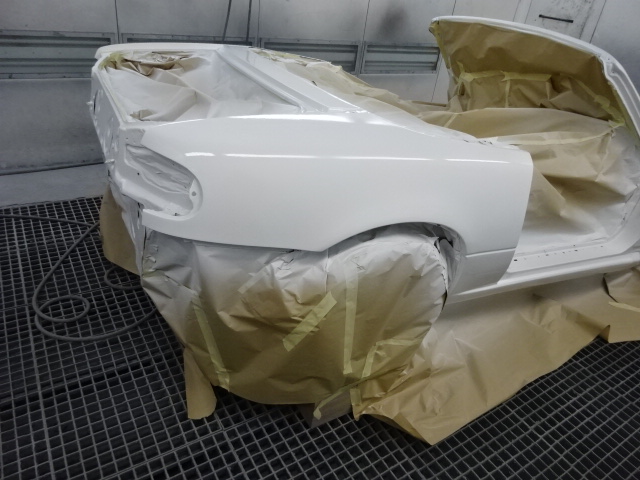 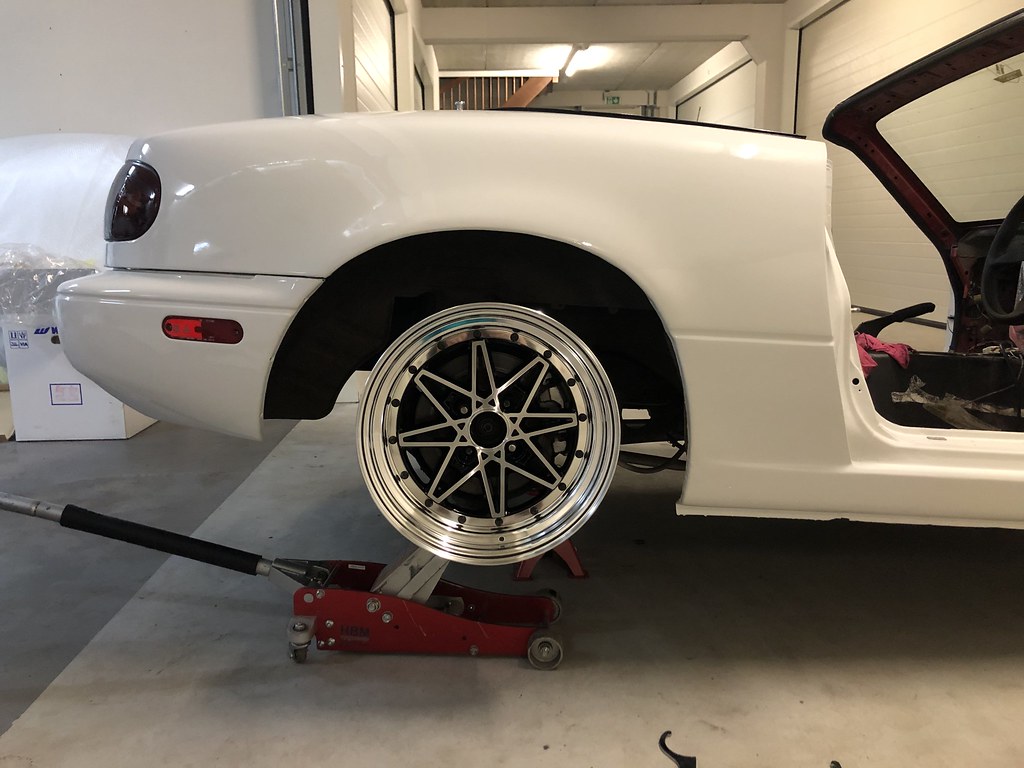 Amazing, I so want to do this conversion!

Right, made some more progress. Most of the exterior is back together, engine is in: 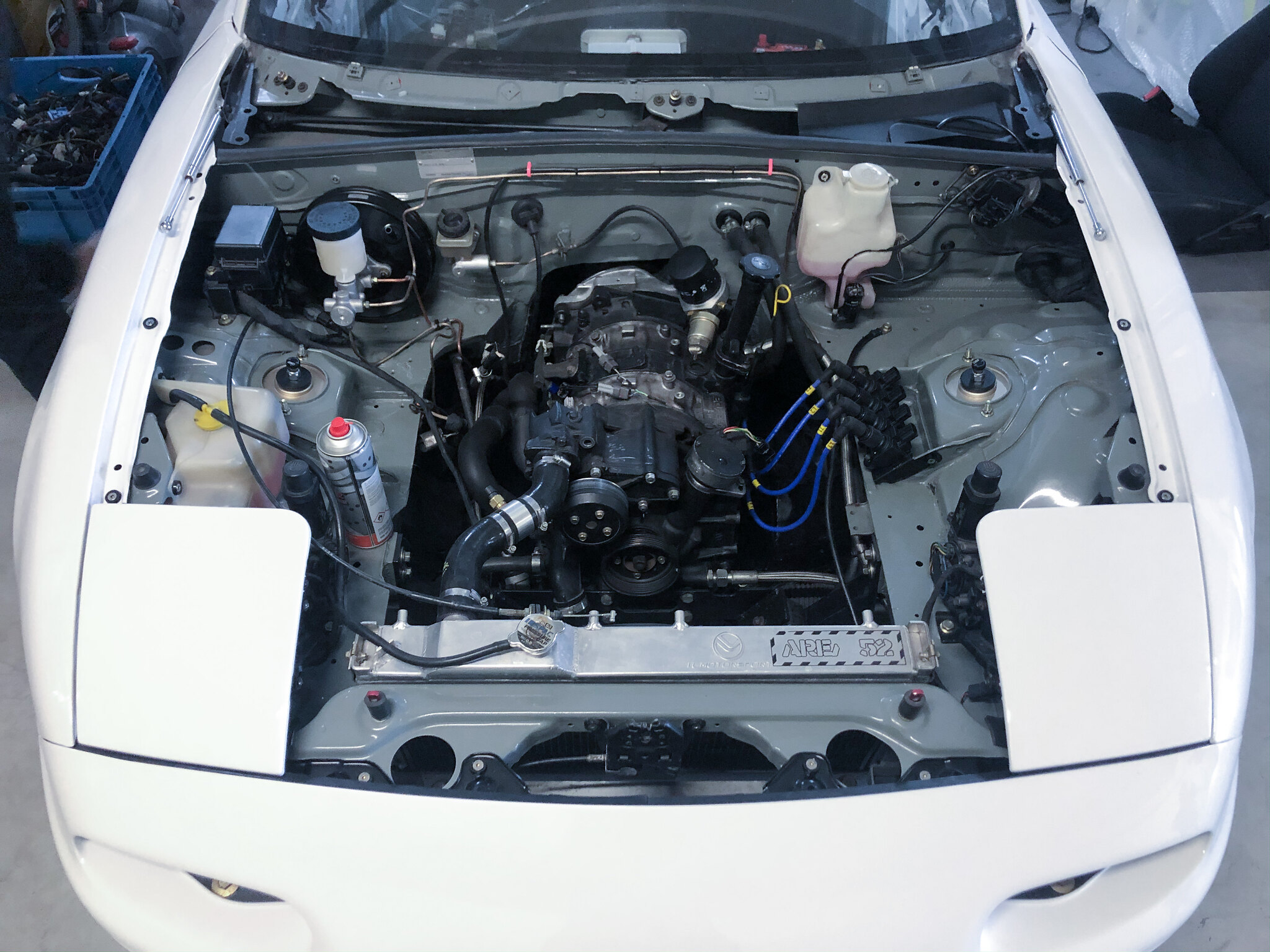 Then I started to redo the wiring loom for the engine. As with everything on this build I tried to push myself to make it as good as I could, and I'm very pleased with the result!

Laid out the wires along a template I made from rope 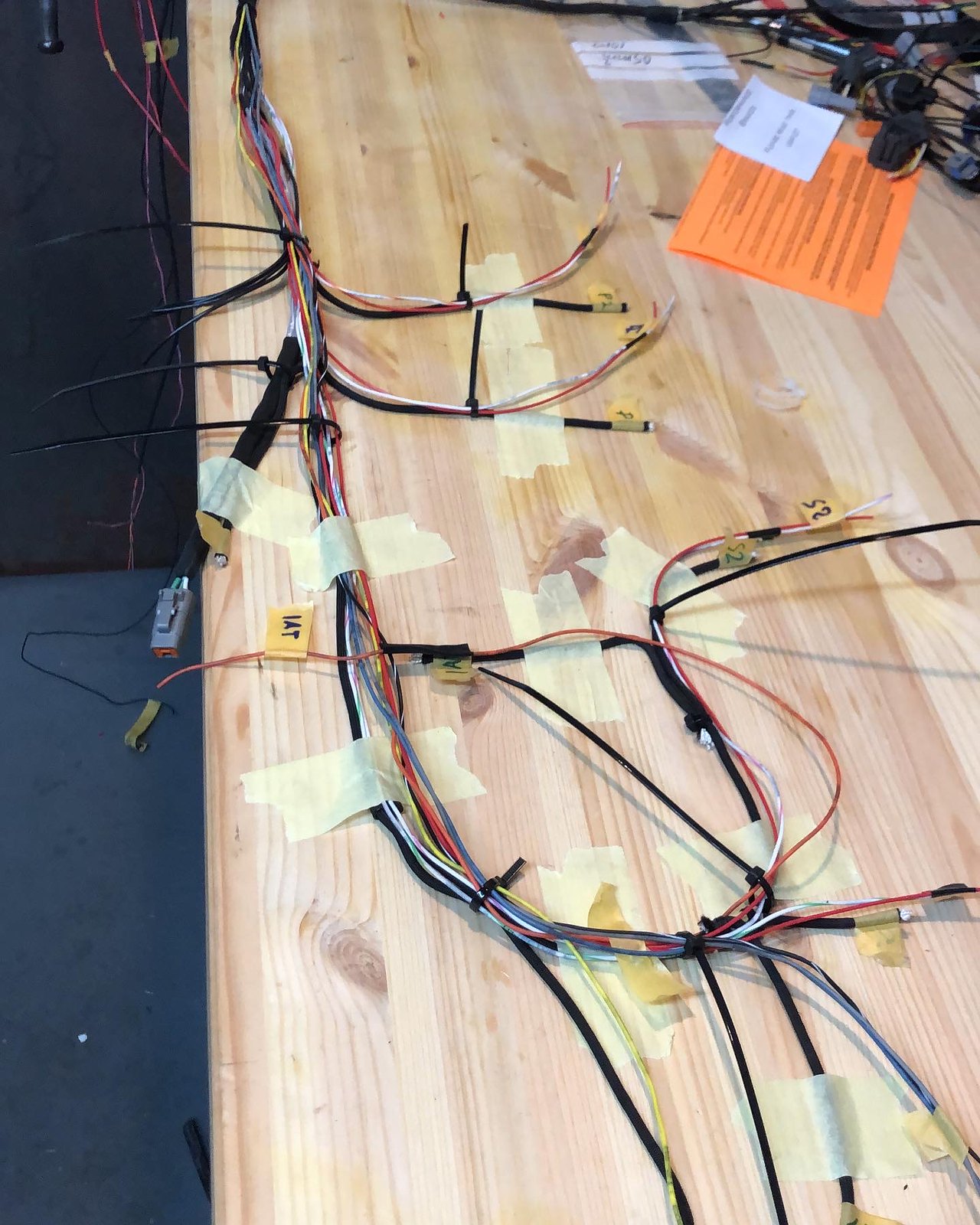 Then made everything to length, put heatshrink on it and terminated everything. 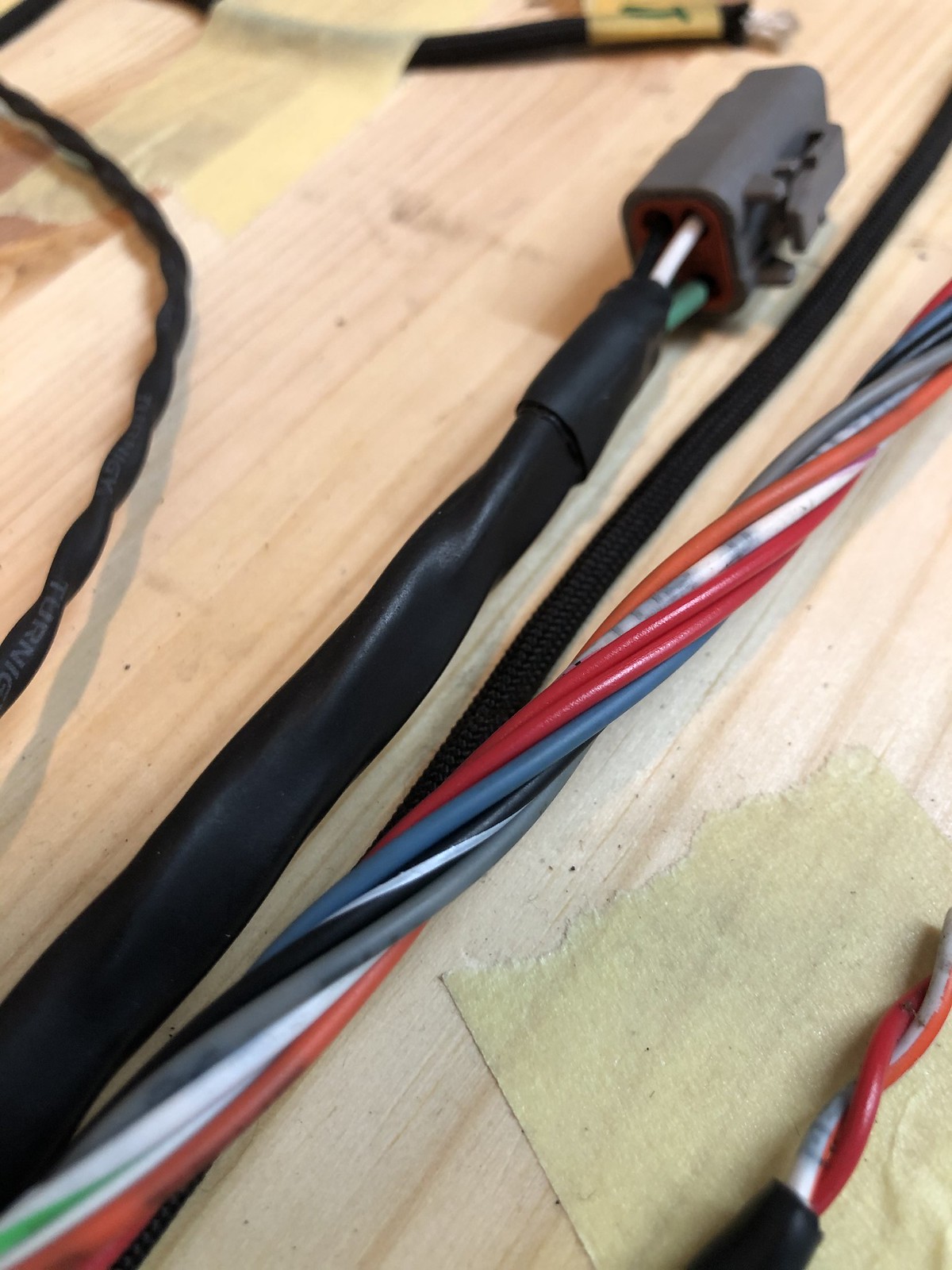 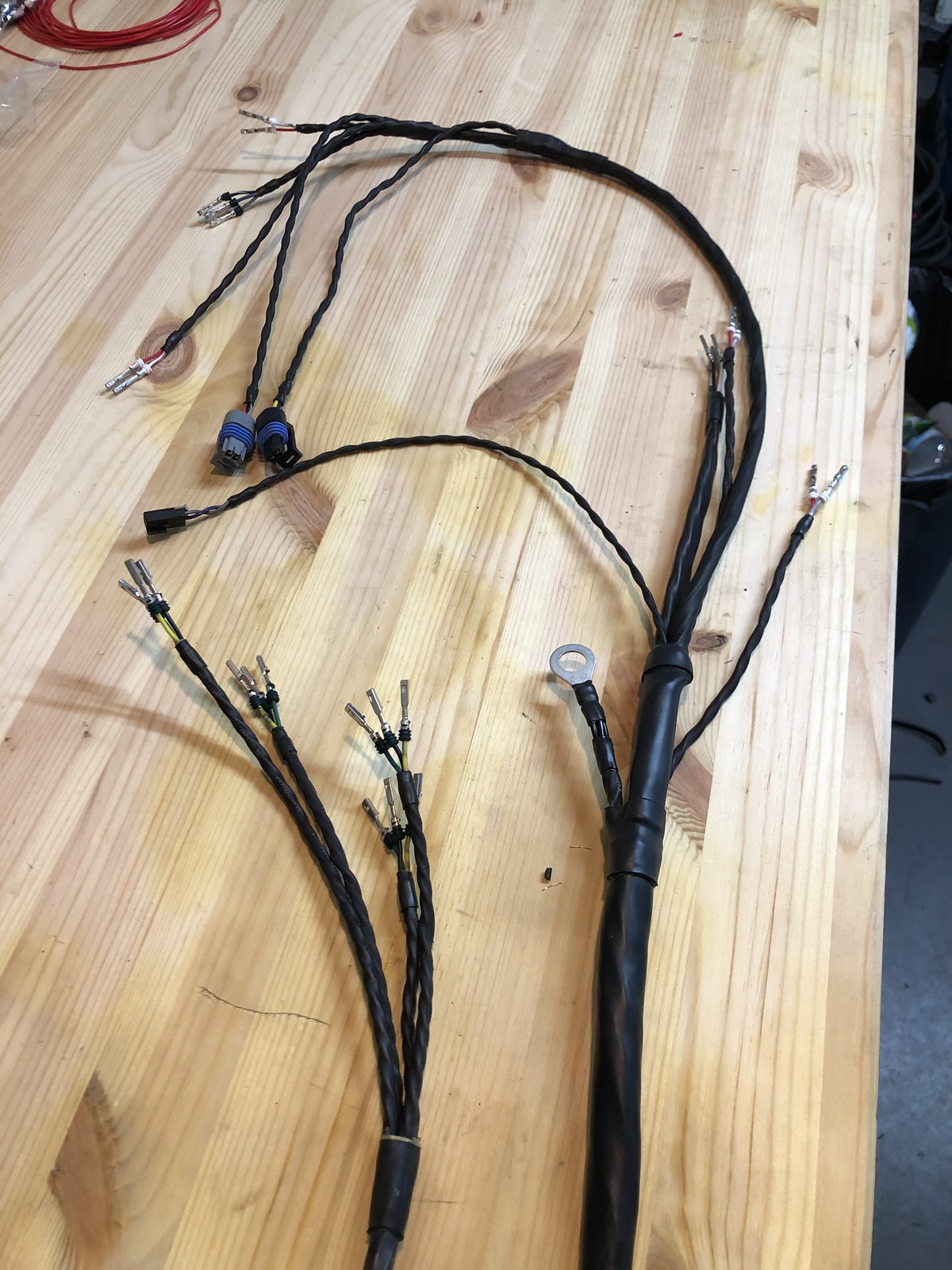 I made the entire loom incl fuse and relay box standalone from the Mazda wiring loom, these 2 connectors are the only things connecting it to the rest of the car (they feed gauges etc.) 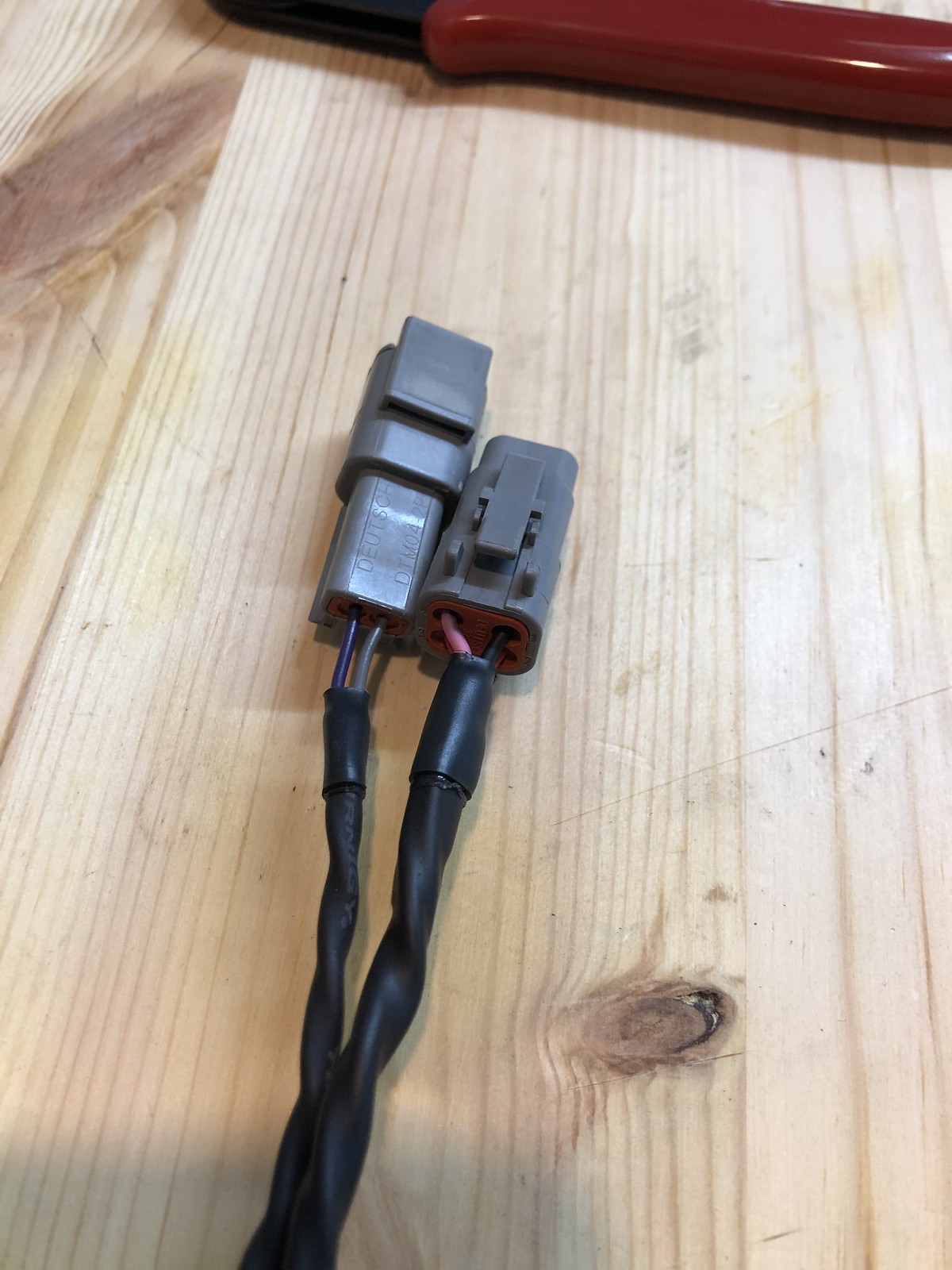 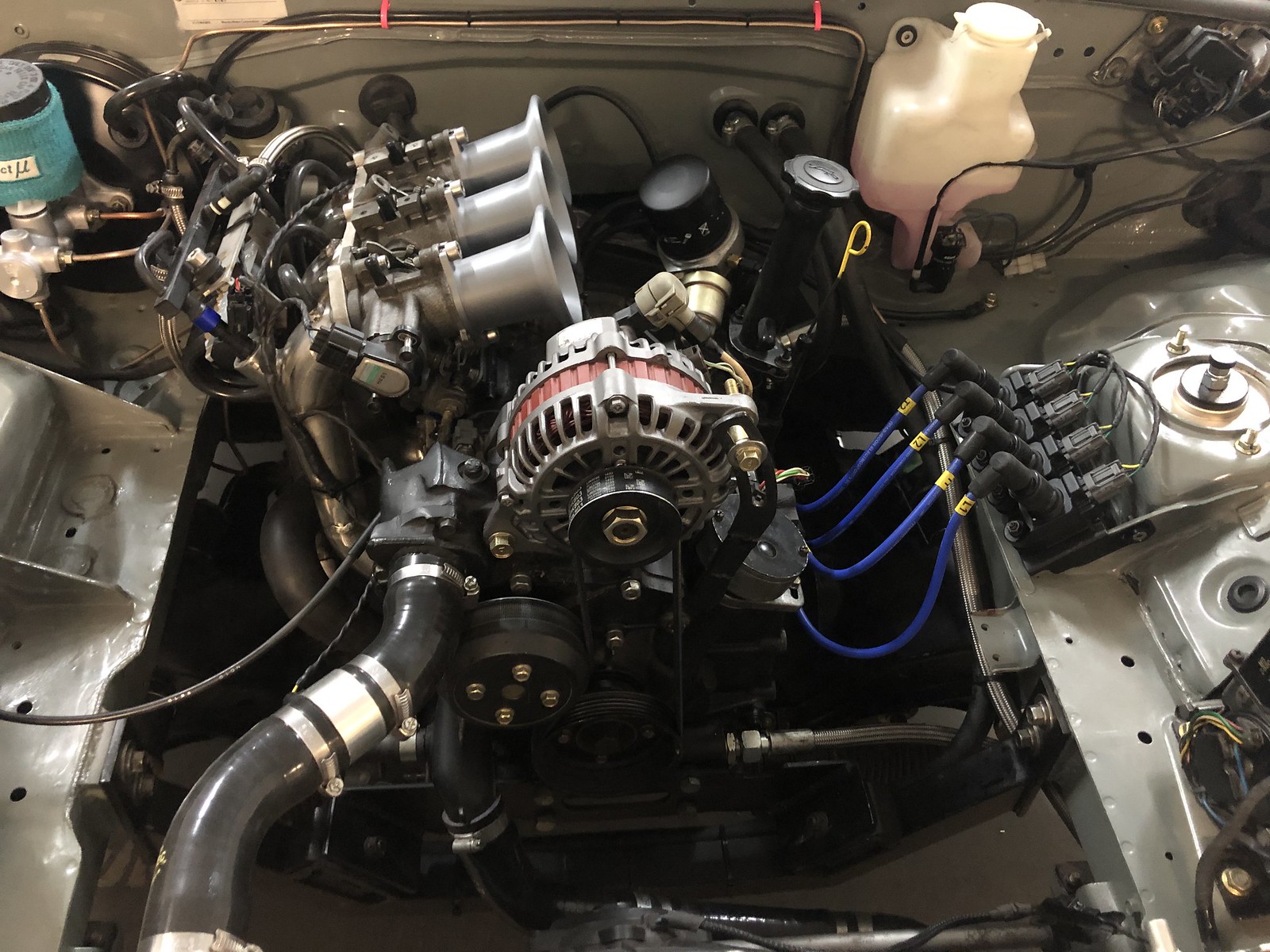 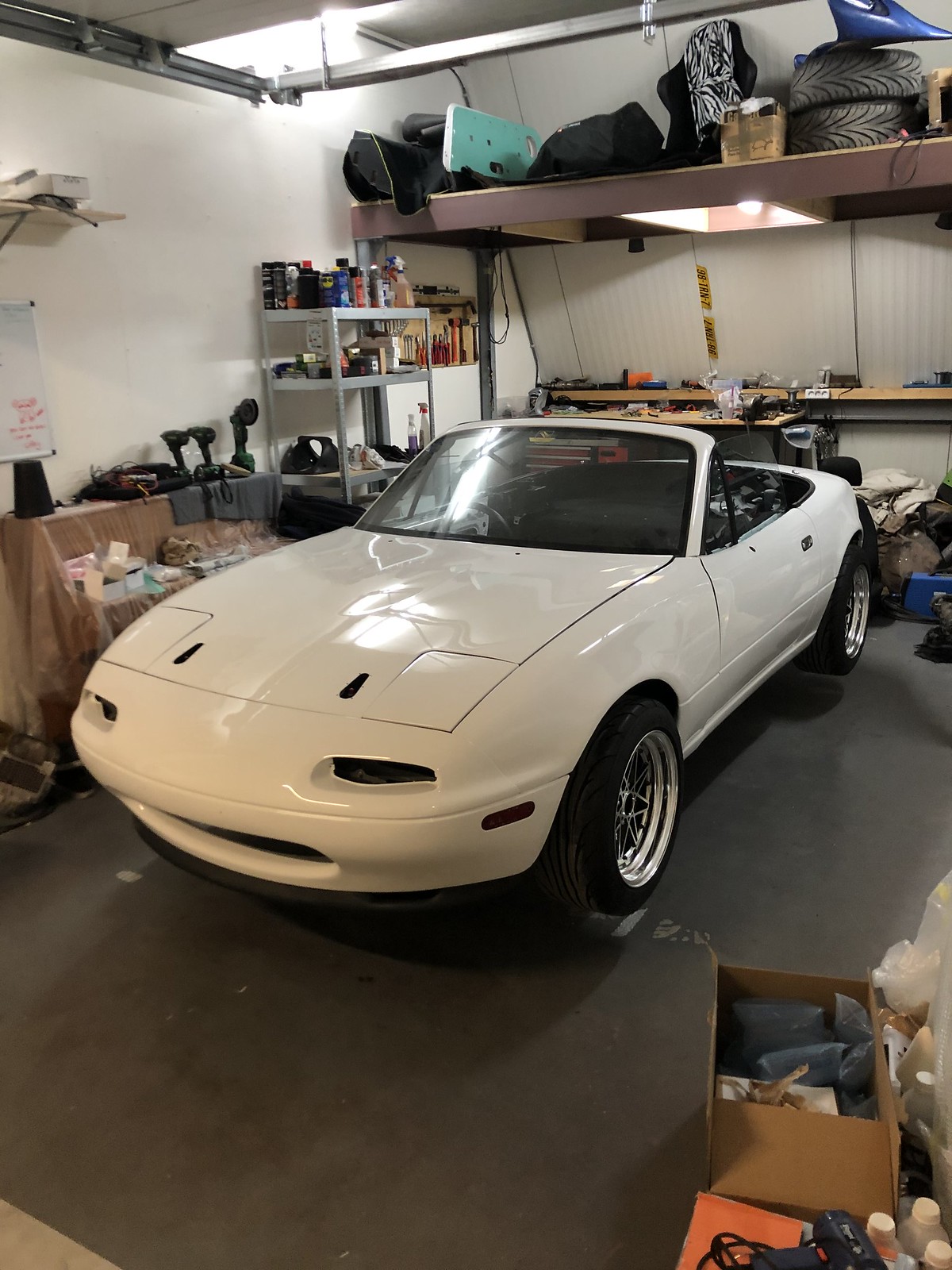 Also tagged with one or more of these keywords: roadster, eunos, rotary, braaaaappp

1 user(s) are reading this topic